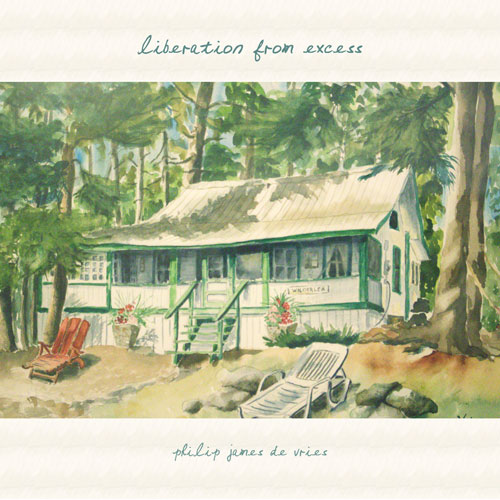 After a four-year hiatus from 2016-2020, Temparc Music returns with a new full-length album from label founder Philip James de Vries. Liberation From Excess is Philip’s second full-length work since his first self-titled album was released in 2012 on Wide Angle Recordings.

In the many years between these two albums, Philip has released a number of EPs and remixes, both in a more dance-oriented context and also more inline with his peculiar downtempo style.

Liberation From Excess sees Philip returning to slow, melodic music that sits somewhere between melodic techno and pop. Recorded slowly between 2015 and 2019, the album is comprised of heavily atmospheric works blending a mix of electronic sounds with vocal work and organic instruments. Many of the tracks on the album see Philip working again with long-time collaborator Ruby Randall, who lends her pristine vocal work to many of the album’s tracks. Liberation also sees a first- time collaboration by Philip with American cellist Jesse Ahmann on “A Collective Lullaby”—an eight-minute journey of emotional electronic music accented by layers of meandering cello tracks.

Liberation From Excess is inspired by German economist Niko Paech’s essay of the same name, in which Paech outlines his ideas for a post-growth economy—it’s an album for slowness and simplicity; for reducing the needless excesses of Western colonial-capitalist life in search of peace and tranquility.